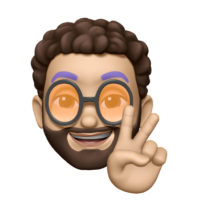 Keep reading to find out how 😉

But wait, Donald Trump is president? That’s because Trump won the electoral college. WTF is that. Great fucking question.

Wasn’t the election like 10 years ago, why does this matter?.. well it might seem like it, but it was a little over 3 years ago. I’ve decided to write this because there seems to be a lot of confusion over how the President is elected.

The Electoral College actually elects the President. Seriously, they (we’ll get to that in a minute) can elect anyone they want for mostly any reason. There are some rules, but those largely differ by State; Article II, Section 1, Clause 2, gives that power to the States. But the people elect the President through a vote ⁉️.. Well, no, not exactly.

To win the presidency, 270 or more electoral votes are required (538 in total). These votes are broken up by population and given to each state to decide how they are allocated in a given election.

Who Selects The Electors?

The first part of the process is controlled by the political parties in each state and varies from state to state. Generally, the parties either nominate slates of potential Electors at their state party conventions or they chose them by a vote of the party’s central committee. This happens in each state for each party by whatever rules the state party and (sometimes) the national party have for the process. This first part of the process results in each Presidential candidate having their own unique slate of potential Electors.

Political parties often choose Electors for the slate to recognize their service and dedication to that political party. They may be state elected officials, state party leaders, or people in the state who have a personal or political affiliation with their party’s Presidential candidate. (For specific information about how slates of potential Electors are chosen, contact the political parties in each state.)

The second part of the process happens on Election Day. When the voters in each state cast votes for the Presidential candidate of their choice they are voting to select their state’s Electors. The potential Electors’ names may or may not appear on the ballot below the name of the Presidential candidates, depending on election procedures and ballot formats in each state.

Arguments have been made that the electoral college is a mechanism to pervert ‘the wrong person’ from becoming President. I think this is mostly nonsense as the votes are almost always cast to the winner of the election based on the States rules of allocation, though, in Theory, they could vote for anyone (and sometimes do).

Mistakes have been made, and Electors (seemingly more common in the contemporary age) have voted the way they saw fit. I find it interesting this process receives little or no media coverage, it seems the attention is on the popular vote, which, as we’ve seen in the past, in the most recent elections, doesn’t really matter. That’s not to say your vote doesn’t count, but it’s not directly responsible for the President’s election. An electoral vote is a total of: one for each member in the House of Representatives plus two for your Senators.

Almost half the US population actually has about a third of the say in who runs the country.

Most states are winner take all, meaning the winner of the popular vote in the state, receives all the electoral votes for that State. Some States, well, two, Maine and Nebraska; have proportional votes, so they can split their electoral votes between candidates based on the total vote. This seems fair, as the minority party (losers of the popular vote) get some say or chance to win in the broader election. Some States determine total electoral vote by number of counties won, so the State population could vote decidedly for one candidate, but a majority of counties can seal the win for the other.

There are a lot of games played to allocate votes, and that is largely why I think we ought to change this system. By games, I mean, creative ways for one party or the other to effectively make the system work in their favor. In the county example, a false majority is crated, being the total number of counties won somehow constitute a majority. The reality, in most States, populations are not distributed evenly between counties; this is akin to the urban vs rural divide. A lot of people live in a small area (city or county), and a few people live in a large area (small towns and rural counties). If most of the population of the State resides in a few counties, measuring by county shows a false majority in votes by county. This is because counties as a whole outnumber counties in which a majority or a large amount of the population resides.

This is why the above image is so very misleading. It makes it look like a majority of the United States is Republican or votes Republican, or voted for Donald Trump. I have a future post outlining the breakdowns in politics, however, in the case of Donald Trump, it’s demonstrably false to say a majority of Americans voted for him (Hillary Clinton received 65,853,514 votes or 48.2% of the total votes cast. Donald Trump received 62,984,828 votes or 46.1% of total votes cast.). Because this is true, that being a majority of people in the United States did in fact NOT vote for Donald Trump, people develop different measurements to trick unsuspecting people into believing false information.

~9.5% of the population decides who becomes President.

The Urban vs Rural debate is as old as the country its self. Majority Rule with Minority Rights is a long-standing debate and a foundation of the United States of America. The founders knew that if you shut out the minority, and had only the rules or laws that the majority wanted, the majority could abuse that power; and the balance of power becomes unbalanced and abuse of power becomes the norm. Eventually, this leads to revolution of the minority. What’s interesting, there is little or no discussion of what happens when the majority, doesn’t indeed have the power, a condition where the minority gains or retains power.

I think these are very interesting questions, moreover, I think we’re in the midst of deciding this question.

Two of the last five (2/5, 40%) presidential elections resulted in the person with fewer votes winning. Three (3/5, 60%) of the last five elections were decided by a ~2% voting margin. What seems clear is America is increasingly in a deadlock, or perhaps, the candidates selected for America to vote on are increasingly not that different.

America is supposedly divided, yet, elections for President, are very close, and in some cases opposite of what reason or logic would define as a victor. How things are decided in government should be different (simple majority for example), it seems to me, the President should be elected by the majority of the populations’ vote.

Getting rid of the electrical college is unlikely, it’d require a constitutional amendment, which is really, really, difficult:

It’s not supposed to be easy, but when you look at the unequal distribution of the United States population by State, minority States seem to have disproportionate power. For example, the 8 least populous states command 24 electoral votes, 4.5% of the total, they, however, have 1.9% of the population. The top 8 electrical vote States have 47.5% of the population, only yield 38% of the Electoral College votes. Almost half the US population actually has about a third of the say in who runs the country. The math gets weirder in the middle States in terms of population and Electoral votes.

These are the “battleground or swing States.” Most of the Electoral College votes are decidedly one way or the other, and each year, only a few States in a way, actually matter in terms of how the Electoral votes are cast, and how the president will be decided.

These States are usually:  Colorado, Florida, Iowa, Michigan, Minnesota, Ohio, Nevada, New Hampshire, North Carolina, Pennsylvania, Virginia, and Wisconsin. While depending on the candidate mix, most of these States tend to sway red or blue, they’re mostly considered purple. These are really the only States that need to be won to become President. That means, effectively 20% of the United States population decides who becomes President. Aside from Pennsylvania and Florida, most of these States are very small, population-wise. With PA and FL removed, ~9.5% of the population decides who becomes President.

If we take the three lowest electoral vote states WI, MI, & PA; only ~77,000 people decided who was elected President in 2016. If those three states would have gone to Clinton, we’d have a different President.

The system is clearly broken and needs to be changed. 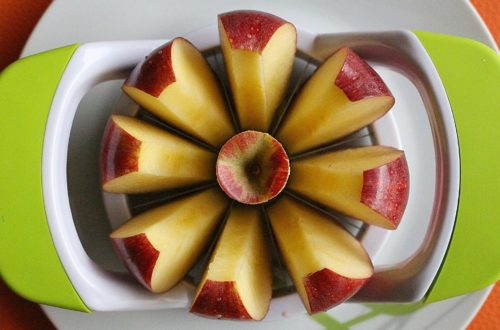 A Note On #Idea Posts